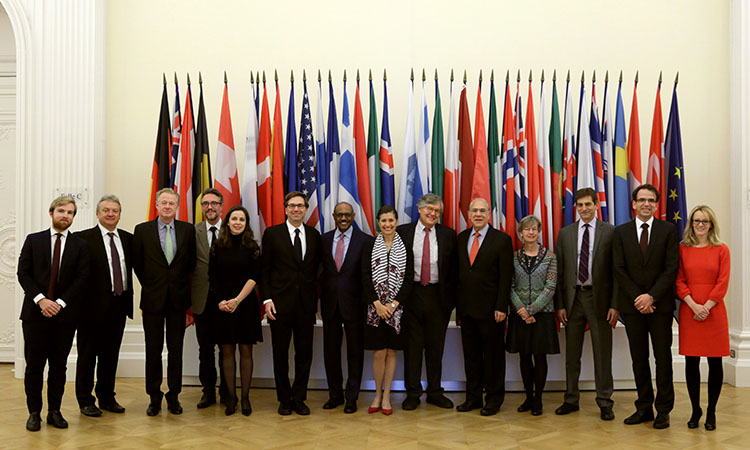 I want to thank you for the opportunity to address all of you today in what I am sad to say will be my last TUAC Liaison Committee meeting before I move on next month.

During my time here, I have sincerely appreciated the expertise and perspective TUAC has brought to the policy debates across the vast array of committees at the OECD.  This round of discussion is of particular interest to me given how hard I have worked to advance the OECD’s work on inclusive growth and income inequality.  There is no doubt that wage stagnation is a serious issue facing many OECD countries, including my own.

Since the United States last raised the federal minimum wage in 2009, the cost of living has increased by nearly 12 percent. The real value of the minimum wage is about 20 percent less than when Reagan first took office in 1981.  In fact, a family of 2 living off the minimum wage currently lives below the poverty line in the U.S.  This is simply not acceptable.

In his 2013 State of the Union Address, President Obama called on Congress to raise the federal minimum wage, and although Congress has failed to act, we are happy to see that 22 individual states have taken the initiative to raise their minimum wage since Obama’s call to action, along with dozens of local jurisdictions.

Recent analysis from the Council of Economic Advisors shows that these State-legislated wage increases contributed to substantial wage growth for workers in low-wage jobs, with little to no impact on employment.  In other words, the States themselves are showing that raising the minimum wage can help both workers and the economy.

At the federal level, the Obama administration recently raised the minimum wage by 40% for workers on all new federal contracts, and also updated its rule on overtime regulations, which will automatically extend overtime pay protections to over 4 million workers in the first year of implementation alone.

Individual companies too – including Walmart, Target, Gap, and Ikea – have raised their lowest wages, and are seeing demonstrable results in employee performance, satisfaction, retention, and efficiency.  Businesses are beginning to realize that investing more in their workers is not just the nice thing to do, it’s also good for the bottom line.

On collective bargaining, we agree that we can’t have shared prosperity or seriously address wage gaps without ensuring that workers have a voice. That’s why President Obama and Secretary of Labor Perez have been resolute in their support for collective bargaining rights.

Historical data in the U.S. shows the direct link between a vibrant middle class and the vitality of the labor movement.  It is no coincidence that middle-class wage stagnation coincides with a decline in the percentage of workers represented by unions.

Of course, recent debates in the U.S. and worldwide demonstrate that it will be important for the OECD to communicate to the public and policy-makers not just the benefits to workers of promoting these strategies, but also the benefits to employers and the economy as a whole.  There must also be frank discussions as to the costs, along with more concrete evidence and examples of when and how the benefits can nonetheless exceed these costs.

I believe that the benefits of rising wages and inclusive growth are readily apparent to the majority of us here today.  The grand challenge moving forward for the OECD will be to convince the world outside of these halls of this.