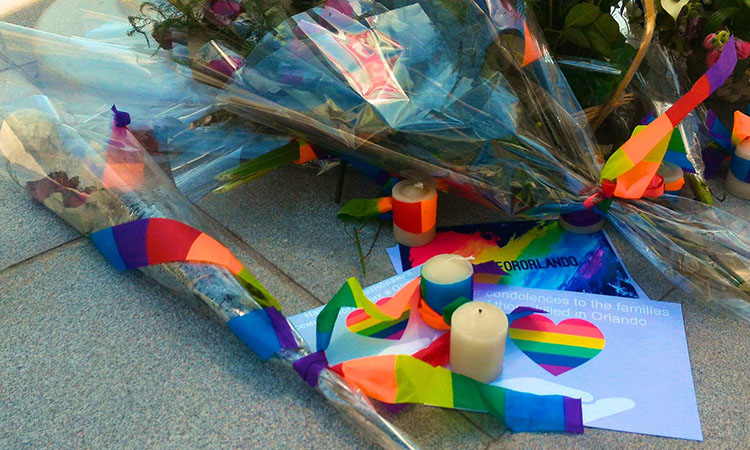 On December 15 2016, Ambassador Daniel W. Yohannes and Dutch Ambassador Noe van Hulst co-hosted a presentation and panel discussion at the OECD on “Why LGBT Inclusivity Matters.”  Ambassador Yohannes’ remarks were as follows.

Ambassador van Hulst and I want to thank all of you for joining us here today for an important discussion about “why LGBT inclusivity matters,” an exciting new frontier of work at the OECD.

The Declaration proclaims a remarkably simple, yet powerful idea: all human beings are born free and equal in dignity and rights – rights that are not conferred by any government, but are the birthright of all people, no matter time or place.

In 2011, also in commemoration of U.N. Human Rights Day, then-Secretary of State Hillary Clinton stood in the United Nations’ Palais des Nations in Geneva and declared “gay rights are human rights, and human rights are gay rights,” echoing her famous statement on women’s rights delivered as First Lady in Beijing sixteen years prior.

It was a historic moment for the global LGBTI policy debate, and her remarks signaled that this issue would be a policy priority for the United States, particularly with respect to our international engagement.

In her Geneva speech, Clinton announced the formation of the Global Equality Fund, a public-private partnership that to date has delivered nearly $30 million in grants to civil society organizations working towards LGBTI equality in more than 50 countries around the world.

And last year, President Obama and Secretary Kerry created a brand-new position, the U.S. Special Envoy for the Human Rights of LGBTI Persons, Randy Berry, who has travelled around the globe to engage with governments and civil society on issues relating to LGBTI rights, including here at the OECD.

In April 2014, the United States, along with the Netherlands and ten other delegations, issued a “Call to Action” to the OECD to study the economic case for LGBT inclusivity. Today we will get a look at some of the early findings of the work that eventually came out of that Call to Action.

There are many reasons that the United States supports this work, both morally and financially through voluntary contributions.  We recognize that lack of data is an impediment to rational policy debate.  We understand that growth cannot be truly inclusive if the LGBTI population is excluded from equal opportunities in education, in employment, in housing.  We know that there are real costs to society when a significant segment is cut off from health care, social benefits, or social protection.  And, of course, we believe fervently in the moral imperative, the same one Hillary Clinton identified five years ago in Geneva, that no matter who we are, where we come from, or who we love, we are all equally entitled to our human rights and dignity.

But while the moral imperative is important, and perhaps the only argument one should need, the reality is that it is not enough, certainly not when engaging with countries where attitudes remain bitterly entrenched, such as in the 80-plus countries that currently criminalize consensual adult same-sex activity or other measures of LGBTI status.  This is why the OECD’s work is so important to the LGBTI policy debate.

The resulting statistics and analysis, combined with the OECD’s trusted work on inclusivity, employment, and social policy, will provide policy-makers and civil society with the hard data and evidence-based policy recommendations too often missing from current policy discussions.

Of course, this work will not be easy.  As we will hear today, the research is at a very early stage, and there are real impediments to the collection of data. But I have no doubt that we are all up to this important challenge, and I look forward to a rich discussion today that will address these issues in more depth.

Thank you very much.