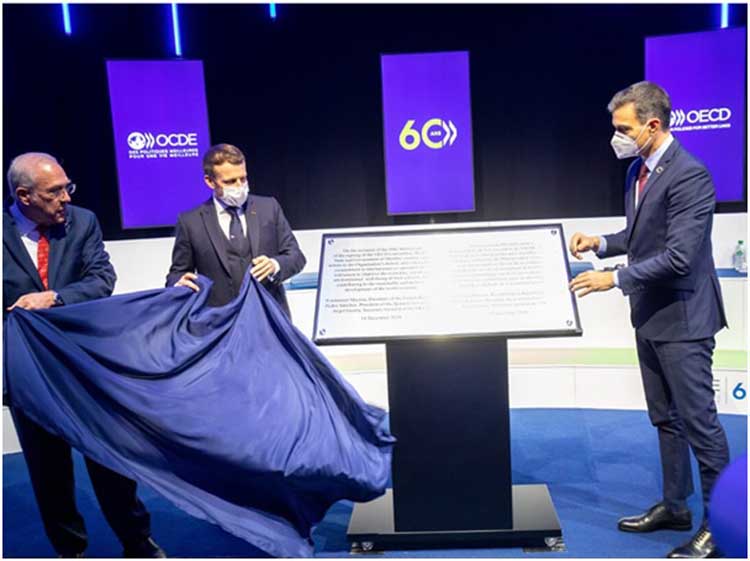 At the opening event to mark this 60th anniversary of the signing of the OECD’s convention, National Security Advisor Robert O’Brien underscored the U.S. commitment to the organization and noted U.S. support to various OECD initiatives, including the Principles on Artificial Intelligence and OECD Inclusive Framework negotiations on taxation.

At the ceremony, President Macron of France and President Sánchez of Spain also joined OECD Secretary General Gurría and other participants to unveil a plaque for the commemoration of the 60th Anniversary of the signing of the OECD Convention.

Message from the White House on the 60th Anniversary Commemoration of the OECD: https://www.presidency.ucsb.edu/documents/message-the-60th-anniversary-commemoration-the-organisation-for-economic-co-operation-and