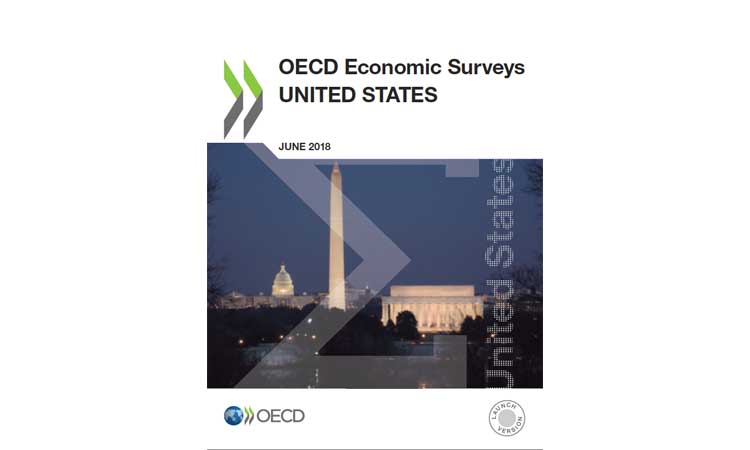 OECD Secretary-General Gurría, launching the report in Washington, D.C., said that the U.S. expansion is now one of the longest on record.  Kevin Hassett, Chairman of the Council of Economic Advisers (CEA), who was also participating in the launch, indicated at a White House Press Briefing the day before the official launch that the United States had “gone from a new normal of low growth to just normal, which is the 3 percent growth that Americans used to expect”.

The OECD has been a long-time advocate of a reduction in the U.S. corporate tax rate.

As such, this edition stresses the likely sizeable boost the U.S. tax reform will have on U.S. business investment and even its positive impact on other countries.  The OECD also lauds the priorities set out by the U.S. Administration in the 2018 Economic Report of the President, such as reducing the regulatory burden and boosting investment in infrastructure, which, combined, could spur GDP per capita further over the next 10 years.